Trust your personal injury case to Bill Benner’s years of legal experience as a litigator, public defender, assistant attorney general, and insurance insider.  Reach out to Attorney Benner at 717.656.5000 for a no-pressure, free case consultation.

How Do You Choose a Winning Personal Injury Lawyer?

It is more than Attorney William E. Benner, Jr.’s diverse legal experience that makes him a valuable Pennsylvania personal injury lawyer for injured Pennsylvanians seeking fair compensation following accidents that claim their health and wealth, sometimes even loved-ones’ lives. It is the wisdom and compassion that Bill Benner, personal injury attorney, RG Injury Law, has demonstrated throughout his prestigious career that sets him apart as a winning accident attorney in Lancaster, PA. Contact Attorney Benner for a free case review and no-fee consultation.

Attorney Benner is a Lancaster native who graduated from McCaskey High School in Lancaster in 1980, Millersville University in 1984, and Temple University School of Law just four years later. Bill’s leadership in college as an academic and athlete launched him into a career in law as a public defender, assistant district attorney, civil litigator, and a partner in a Lancaster insurance defense firm. Bill’s insurance insight and knowledge about how insurance companies evaluate and defend personal injury claims make him a powerful legal force against insurance companies refusing fair compensation to people injured in accidents caused by others.

After graduating from law school, Bill decided to return to Lancaster County to serve people in the community he respects and cherishes. Bill worked part-time in the Lancaster County Public Defender’s and District Attorney’s Offices in the early 1990s to develop and hone his trial experience. Bill expanded his career to include working as a civil law litigator. In this role, Bill managed and served as trial counsel for thousands of cases. For more than a decade, Bill was a member and then a partner in a Lancaster insurance defense firm. During Bill’s work for the insurance defense firm, he gained invaluable knowledge about how insurance companies evaluate and defend personal injury claims that still benefits his clients today.

In 2002, Bill joined a Lancaster personal injury firm where he first met and worked with Chad Rankin. Bill began representing individuals who were injured in accidents and needed a strong advocate to fight for their rights. Throughout the next eight years, Bill fought for personal injury clients facing complex liability issues, and, often, catastrophic injuries. Bill secured settlements greater than a million dollars for several clients during his service at the firm.

Throughout Bill’s 30-year career, he has been trial counsel for hundreds of jury, non-jury cases, judicial arbitrations, and UIM/UM arbitrations. Throughout Central Pennsylvania, Bill has earned the reputation of being a thorough, thoughtful, and tough advocate for his clients. Because of his expertise and insistence on fairness, he has been asked regularly to serve as an arbitrator or mediator to assist other parties in resolving their disputes. Bill served as an arbitrator/mediator for more than 15 years and conducted hundreds of arbitrations and mediations.

Bill joined the personal injury law team at Rankin & Gregory, LLC, Of Counsel, in 2017, and continues to pursue justice for people who need a strong, experienced lawyer on their side who will fight fiercely against insurance companies who refuse to pay fair compensation.

Attorney Bill Benner will discuss your potential case with you at no charge. Email or call 717.656.5000 and schedule a free consultation. Clients do not pay fees unless a Rankin & Gregory personal injury lawyer wins your claim, so you have no risk to learn if we can help you. 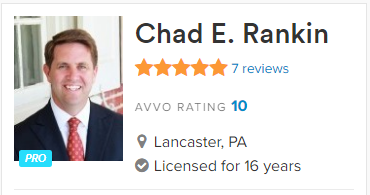 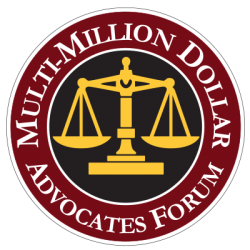 Talk for free with Attorney Bill Benner for your personal injury accident case. Email or call 717.656.5000.