Taking a Look at Unusual Pennsylvania Laws About Passing Other Vehicles

While it may come as common sense to most, I was surprised that many of the following are actually laws permitting or preventing some of the below actions.

We have all encountered the situation where someone passes another vehicle and then the vehicle being passed speeds up to prevent the pass. These actions by the driver being passed are actually illegal under Pennsylvania law. Statute 75 Pa.C.S.A. 3303(2) states that a driver of the vehicle being passed may not increase their speed until the passing vehicle has passed them and then shall give the right of way for the passing vehicle to come back into the right lane. Failure to do so is a violation of Pennsylvania law.

Passing bicycles on the roadway can be a nerve-racking experience for some drivers. The driver of a vehicle must remain at a distance of four feet or more from a bicycle at all times when passing the bicycle. Statute 75 Pa.C.S.A. 3303(3). Furthermore, the driver must pass the bicycle while traveling at a careful and sensible reduced speed.

I have heard a number of people say that it is illegal to pass someone the right. It is common for people to pass on the right when the vehicle in front of them is turning left. Is it legal to do so?  If you do not leave the roadway when passing on the right it is legal according to 75 Pa. C.S.A. 3304. Even if the vehicle in front of you is not turning left, you can pass them on the right provided that you do not leave the roadway and the roadway is unobstructed. The roadway does include the shoulder of the road but does not include private property (such as parking lots or driveways).

PennDOT and/or local municipalities can establish no passing zones which would prevent a driver from passing another vehicle on the left under any circumstances. This rule does not apply to passing bicycles.

As always, passing must be done so safely.

If you were in a car accident and the other driver improperly passed you, then they could be negligent per se. Consult with Chad Rankin, Bill Gregory, or any of the other car accident lawyers at Rankin & Gregory, LLC (RG Injury Law) for a free consultation to discuss this issue or any other surrounding a car accident.

Pennsylvania law currently makes it illegal for a driver to send, read, or write a text or email while the vehicle is in motion.  However, this law has not gone far enough to prevent car accidents, injuries, and deaths from distracted driving. According to the DMV, more than 16,000 crashes involved a distracted driver in 2016.  61 of those 16,000 crashes resulted in deaths. As a result, a bipartisan bill has been introduced and is moving through the Pennsylvania legislature to make our distracted driving laws more strict.

HB1684 would make it illegal for a driver in Pennsylvania to talk on a cell phone while driving unless they are doing so hands-free.  A violation of the new law would be a primary offense. Unlike a secondary offense like the seatbelt law, a primary offense means that a driver could be pulled over by a police officer if they see you using a cell phone while operating a moving vehicle.  The police officer could pull you over and give you a ticket even though you were not violating any other Pennsylvania law. A first-time offense would result in a $50 fine and second-time offenders would be fined $100.
Allowing a police officer to pull someone over when they are observed holding a cell phone while driving will hopefully increase the number of tickets issued to distracted drivers.  Under the current law, each municipality in Pennsylvania averaged only two distracted driving tickets the entire year of 2017. Shockingly, two tickets per municipality was an increase from the prior years.

The new proposed law is even more strict for our younger inexperienced drivers.  The new law would make talking on a cell phone illegal, even if hands-free, by someone under the age of 18.   Frankly, this makes sense. We do not want our young drivers being distracted in any way while they learn how to drive safely.

Even if the proposed law passes in Pennsylvania, it may not go far enough to protect people in Lancaster County from car accidents.  According to the AAA, using a cell phone in any manner, including hands-free, increases the risk of being in an accident by eight times.

You may worry that you need a car accident lawyer in Philadelphia to get the highest settlement after you’ve been injured in a car accident. Our Lancaster lawyers fight fiercely for every client like you to win MAXIMUM car accident settlements in Pennsylvania after you’ve suffered injuries in a vehicle accident. You get the hometown attention and compassion from our law firm in Lancaster County, Pennsylvania, with the tenacious winning attitude attributed to big city auto accident attorneys. Attorney Chad Rankin serves clients throughout the Pennsylvania from offices in Lancaster County that include service in Elizabethtown, Columbia, Lancaster City, Neffsville, Hempfield Township, Manheim Borough, Manor Township, Manheim Township, Gap, Ephrata, Lititz, Leola, Mt. Joy, Marietta, Akron, Denver, Millersville, Willow Street, Strasburg, New Holland, Paradise, Refton, Quarryville, Reamstown, Coatesville, Exton, King of Prussia, and Malvern. RG Injury Law also fights for victims of auto accidents in the counties of Lebanon, Philadelphia, Chester, York, Dauphin, Berks, and Montgomery.

A driver who causes a car accident while using a cell phone may also be liable to punitive damages.  If you or someone you know was injured by a distracted driver, contact Lancaster car accident lawyer Chad Rankin at Rankin & Gregory, LLC (RG Injury Law) for a free car accident case consultation to determine the full extent of your rights.  Call 717.656.5000. 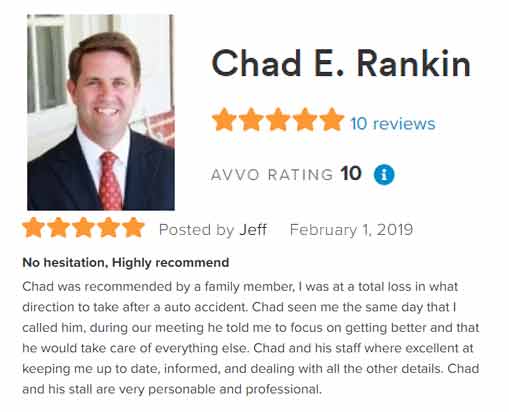 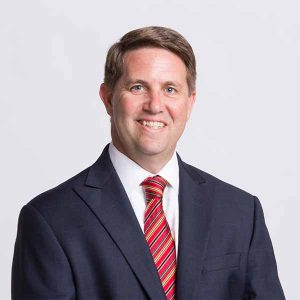 No hesitation, Highly recommend.
★★★★★ Chad was recommended by a family member, I was at a total loss in what direction to take after a auto accident. Chad seen me the same day that I called him, during our meeting he told me to focus on getting better and that he would take care of everything else. Chad and his staff where excellent at keeping me up to date, informed, and dealing with all the other details. Chad and his stall are very personable and professional.