VA: Benefit Opportunities for Those Who Served at Camp LeJeune

Veteran’s Benefits for Those Who Served at Camp Lejeune

Today’s post will focus on the water contamination that occurred at Marine Corps Base Camp Lejeune and the potential benefits that those who served there may be eligible to receive. Sometime during the 1980s, it was discovered that two water supply systems, which serviced Camp Lejeune, were contaminated with industrial solvents. The solvents identified were trichloroethylene (TCE) and perchloroethylene (PCE). Following a Congressional mandate, the National Research Council conducted a review to determine, among other things, the types of adverse health effects that exposure to TCE and PCE could cause. The National Research Council’s released its report in 2009 and it can be found here. Studies have also been conducted by the Agency for Toxic Substances and Disease Registry and they can be found here.

Since the 2009 report, Congressional legislation and regulation have been created to assist those who were affected by exposure to the contaminated water. First, in 2012, Congress passed the Honoring America’s Veterans and Caring for Camp Lejeune Families Act. Second, through its enabling act, the Department of Veterans Affairs (VA) proposed a rule which became final on March 14, 2017. Information on both the Act and Rule are discussed below. 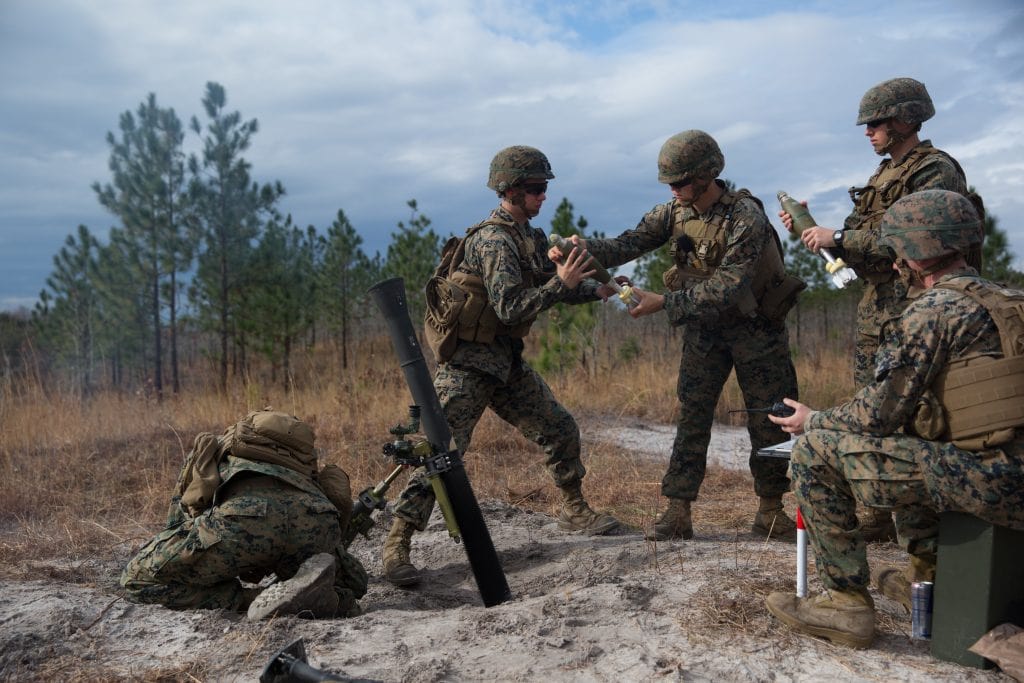 This 2012 Act affects veterans who served on active duty at Camp Lejeune between January 1, 1957, and December 31, 1987. The Act also affects the family members of veterans who resided at the base during the same time period (for purposes of the Act, a family member includes an individual who was in utero). Specifically, the Act provides cost-free healthcare for any condition or disease that the Act identifies as being attributable to contaminant exposure. The covered conditions are as follows:

In order to qualify, the veteran must have served at or the family member must have resided at Camp Lejeune for at least 30 days. The 30-day period need not be consecutive; all that the Act requires is that the veteran or family member’s time adds up to a total of 30 days.

In terms of cost-free healthcare, VA will allow affected veterans to enroll in VA healthcare and receive treatment for no cost (this includes copayments). Family members affected by contaminant exposure only qualify for out-of-pocket medical expenses and will need to apply with VA to receive reimbursement on their medical expenses. When applying, a family member will have to provide documentation that his/her dependent veteran served at Camp Lejeune for at least 30 days and that said family member also resided at Camp Lejeune for at least 30 days.

Unfortunately, the Rule is more restrictive than the Act with regard to the diseases covered. The Rule only provides presumptive service-connection for the following 8 diseases:

It is important to note that the diseases mentioned are for presumptive service-connection. Generally speaking, a claim for service-connection requires the veteran to show an injury/event in-service, a current diagnosis, and a medical connection between the diagnosis and the injury/event (see Establishing Service-Connection for a Veterans Disability Claim for more information). Under the Rule, the veteran only needs to show that he/she served at Camp Lejeune for at least 30 days (an event in-service), and that he/she currently has been diagnosed with at least 1 of the 8 diseases listed above (a current diagnosis). For purposes of the Rule, VA will presume that the time spent at Camp Lejeune caused the disease; thus, showing a medical connection is not required.

Although the Rule only addresses 8 diseases, other diseases may qualify as well; however, the veteran will need to follow the traditional route to service-connection. This means that a veteran who believes he/she has medical issues (not listed above) caused by exposure to the water at Camp Lejeune will have to prove a medical link between exposure and diagnoses.

If you have been diagnosed with one of the eight diseases and you served at Camp Lejeune for at least 30 days during the recognized timed period of contamination, you should not have an issue receiving service-connected benefits. VA has also stated that it will continue to review relevant studies and reports as they become available. With time, hopefully, these studies will convince VA to expand its list of presumed service-connected diseases so that affected veterans can receive proper benefits. Settlement Higher Than We Ever Thought
★★★★★ I am writing this review on behalf of my fiance who was represented by Attorney Gregory and Mr. Gabe Griffith for unemployment and workers comp. My fiance has PTSD, which leaves me with the responsibility for handling a lot of things for him, and working with Attorney Gregory, Karin, Alice, and Gabe was nothing short of the best experience I have had. It was my first time dealing with anything legal, so I was literally flying blind, and everyone went above and beyond to answer my millions of questions and emails. Their responses were always punctual, helpful, and quieted my ever-growing anxiety. They got my fiance unemployment benefits and a Workers Comp settlement higher than we ever thought. We would whole-heartedly recommend this firm to anyone and are so glad we chose them.