What Does a Paralegal Do?

She spoke so softly, I could barely hear her. Her eyes were red from crying, her fingers were nervously smoothing the pile of papers she held in her hand. She looked at us and whispered hoarsely, I don’t know what to do.

Her husband had been in a bad automobile accident, caused by a driver who was not paying attention. He was in the hospital, his condition stable but serious. Insurance companies were calling her, medical bills were starting to pour in, they had already missed a paycheck with him out of work. She was trying to keep it together but it was getting more difficult with each passing day. So she had picked up the phone and called an attorney, my boss. And here she was, telling us her story, asking her questions, looking for guidance.

After some discussion, my boss stepped out of the office to get her some water.  For the moment, we were alone in the conference room, this woman and I, two strangers who had only just met.  But already I knew that I was going to make a difference in her life, make her days ahead just a little easier, a little less stressful, a little less tiring.

I reached out and took the pile of papers from her hands. The forms and the messages and the letters and medical bills. Things that needed to be filled out and mailed and faxed and filed and emailed and copied. The phone numbers, the claim numbers, the account numbers, all the numbers that are assigned to us in this computerized world of ours today. I took it all.  I can do this for you, I said to her. You don’t have to worry about any of this, I can do it for you. Go to your kids, go to your husband, go do what you need to do with your family.  Let me worry about this for you. And already, I could see her shoulders straighten just a little like a weight was being lifted.

After she left, I took the pile of paperwork back to my office and sorted through it. I called the hospital and the insurance companies and the other numbers in the pile.  I got the medical bills directed where they needed to go, I set up a wage loss claim with her insurance for income while he was recovering, made another call and helped arrange a rental car for her. I filled out form after form, made phone call after phone, I faxed and emailed and sorted and filed.

Several hours later, when I was done, I knew I had made a difference in at least one person’s life that day. I was able to lift a little of her burden and take it on myself. I was able to take some of her worry away so that she could concentrate on her family. I saw a need and I was able to meet that need head-on and make a difference. And I do that every day in my job as a paralegal.

My job morphs from moment to moment, client to client. I am a confidant, an advisor, a friend, a counselor, a secretary, an advocate, and a dozen other things on any given day. I get to know my clients, I listen to their stories, they are more than just an open file to me. I smile at their pictures of their kids and their grandkids and their dogs. I cry with them when they suffer a loss, when the burden is too great. I get angry on their behalf at a world that is sometimes unfair. And I am happy for them when good things happen, when things begin to turn around, when they see that light at the end of the tunnel that I played a small part in helping them get through.

What does a paralegal do? A little bit of everything. I could have written a story about the frustration, about the stress, about the endless paperwork of a paralegal. But that is not really what my job is all about. My job is about helping people. It’s what I do and I am thankful every day to be so blessed that I can be there, at the right place and at the right time, for people who truly need a helping hand.

What more could I ask of a career? 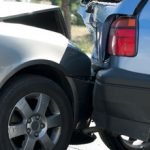